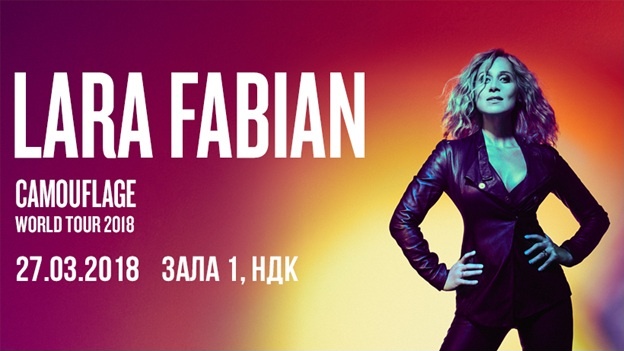 Lara Fabian’s long-awaited new album “CAMOUFLAGE” is almost ready and is expected to come out in the autumn of 2017, and also to star the world tour of the star singing Je T’aime, Je suis Malade, Adagio and many others. In Sofia, Lara Fabian will arrive on 27 March 2018, where in Hall 1 of the National Palace of Culture will present her biggest hits and songs from her new album.

Tickets go on sale from May 12, and the singer has prepared several surprises for her faithful Bulgarian audience. The first 100 tickets are at a promotional price and everybody who buy a ticket for the concert will receive the album ‘CAMOUFLAGE’ shortly before the concert on March 27, personally by Lara Fabian’s team.

The album “Camouflage”, which is expected to be released in Bulgaria in the autumn of 2017, will be the first of a decade in English and is expected with great impatience by Lara fans around the world.

“Camouflage,” was written by Lara Fabian in collaboration with Moh Denebi and Sharon Vaughn, and the first single on the album is expected was released this summer.

The tour will represent spectacular production and many visual elements, and the set list will include her new singles, but also her best songs.